Sasquatch?
In The San Bernardino Mountains?

The International Sasquatch Conservation Society was founded in 1988 by Richard Vasquez in Humboldt County in the hopes that we could save the endangered bigfoot from being wiped out. While sightings remain numerous throughout the country, they simply dont seem to be large enough in number to consider the species safe.

The earliest reported sighting of a sasquatch in San Bernardino county was in 1880 just outside of Lucerne Valley. It was reported by a sheriff as a dark, hairy figure looming in the pale moonlight, and looking back at the original report it is obvious today that it was a sasquatch sighting! The next time we see a sasquatch sighting in the area was in 1924 by a couple on their way up to Big Bear driving through Old Woman Springs Road; another sighting in the middle of the night. Sightings are sparse until the later half of the 20th century when Bigfoot starts to enter the public consciousness. We initially considered the account of the sasquatch encounter by Philip J. Hawkins during an Old Miners' Day Burro Race to be the first sighting in San Bernardino County, but we now know it to be the fourth recorded sighting, at the very least. On his way up the mountain, Hawkins' burro was spooked by a mysterious figure in the trees and ran off. Hawkins didn't know what caused the burro to run like it did, until he turned around to find himself face-to-face with a near seven foot-tall ape! His tale was met with ridicule and no one believed him until we officially established our local chapter of the International Sasquatch Conservation Society in 1994. We founded our chapter after hearing about a report from Barton Flats a year earlier, realizing we have history with this majestic ape.

For a few years after our foundation, Big Bear Lake was home to the International Sasquatch Research Institute, where our very own local Chairman, Professor Larry Robbins, was once a scientist! We are very sad to say that the institute has been closed for some time, however, and we don't know when or if it will ever reopen.

We had our own mascot named Pokey, a wonderful and sweet shetland sheepdog, who served us for many years on searches for any sasquatch in our mountains until she passed in 2005. God bless Pokey, 1989-2005.

Thanks to an anonymous donor, we now have insight into our local past with sasquatches! 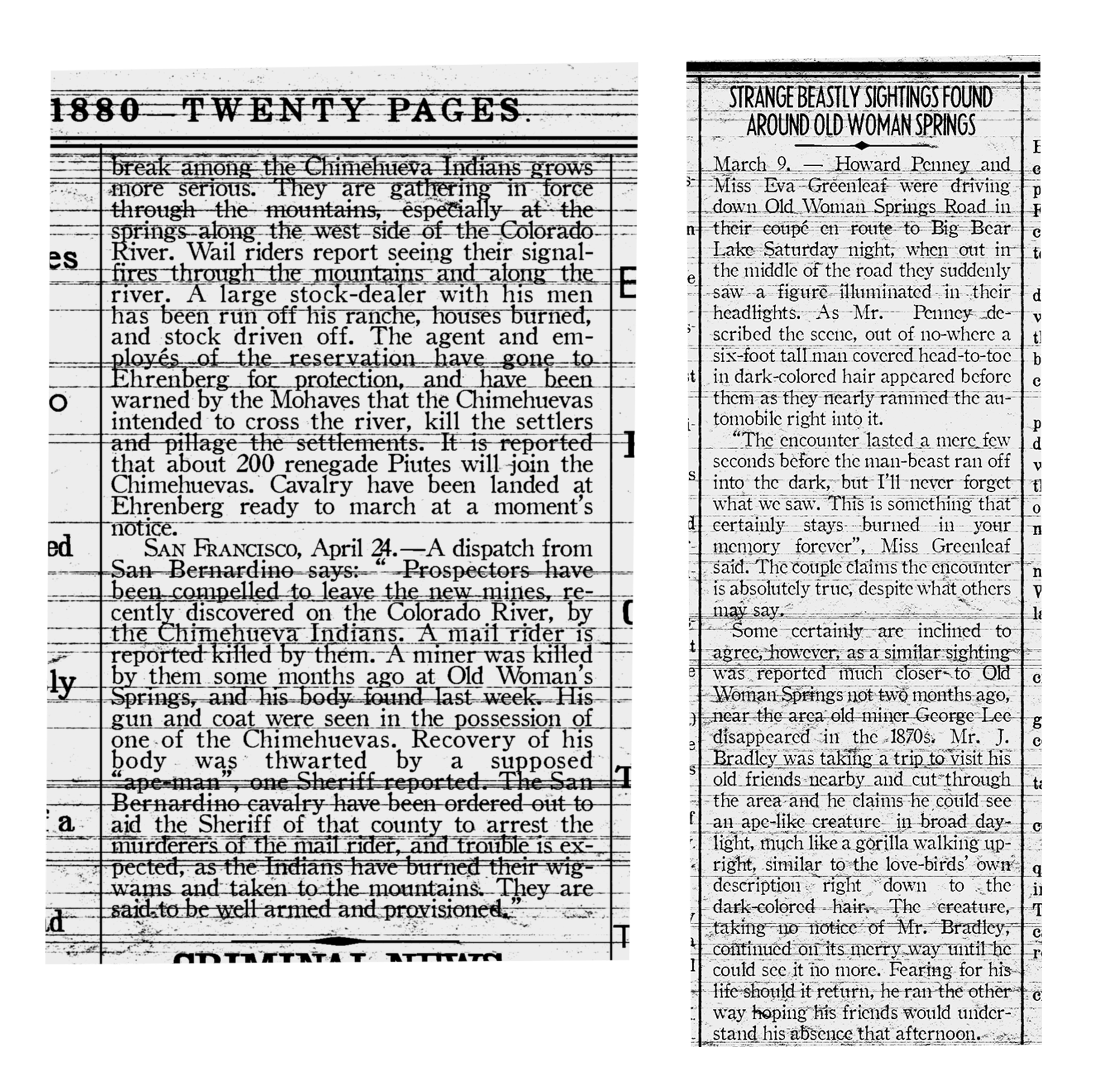 This web site is about BC and BAGFTBAHS.